God revealed His next step for Fingerprints of Hope.

In prayers and preparation for my trip to Sambo Creek, Honduras in November 2016, I asked God to make His plans and directions clear to me. My ideas and wants to support the public school ministry and start a feeding program were definitely not going as I originally planned. Doubts of why I was directed to start Fingerprints of Hope were trying to creep in, yet I held on to the knowing it was God who directed my steps and it was up to me to Trust in Him.

Trust in the Lord with All your Heart and lean not on your own understanding. In all your ways acknowledge HIM and He will make your paths straight. Proverbs 3:5-6

When Fingerprints of Hope began, I, Cathy Lee had my own ideas of why God wanted me to start this organization. My ultimate goal of starting a feeding center or working more with the public schools has not diminished. However, God's plan was revealed on my last days of my trip in December. There were no answers or solutions to my initial plans. Yet, God definitely revealed one of His own.

God showed me 3 beautiful families led by strong single Godly mothers. Women whom were doing their best to provide for their families and trusting in God for their daily needs. Each of these woman and their children would do things from baking coconut bread, to sewing school uniforms, bed sheets and curtains, and even working seasonal jobs such as cleaning of the local cemetery to provide for the families.

During a visit with one of these families, the mother was sharing with me her sewing projects. She's learned to create pillows, bed sheets, curtains and more. It was like being taken back in time, looking at all the beautiful handmade items she's created to sell. Soon, this mother shared that she managed to get sewing lessons in the city once she received her sewing machine from MBK, my roots of mission work in Honduras.

She also shared that on some days she would sacrifice and not eat just to pay for the sewing lessons. She grasped her stomach as if she remember the hunger pains when she shared this with me. As she did this I realized this was something I couldn't even fathom. How blessed am I to have never one day in my life been without food of some kind. My own issues with food is not knowing what to eat on any particular day, not wonder if I'll eat.

One thing I learned about mission work. It's not always about just passing out the next batch of donations or providing food for the poor. Sometimes it's only about relationships, and sometimes it's about helping someone take that next step themselves. My friend here in Sambo Creek, never asked for anything from me with the exception of a sewing machine that she knew was already in town and not being used. Then she took the responsibility herself of getting sewing lessons and supplies needed to make her projects come to life.

So, my final days of this trip in December were approaching fast. Outside of my normal routines and visits, no big plans had been revealed to me. In all honesty, I only saw disappointments in the directions I wanted to go with Fingerprints of Hope. I remember laying there one night with only two days remaining in my trip wondering/asking God what I was suppose to do next. That's when he said, "Patrick need to learn English".

Ok God, how I asked... and dozed into the night.

The next morning I woke with direction. The morning started with a visit to see Patrick and his mom. One thing led to the other and next thing I know, in conversation to his mom I committed to finding her and Patrick sponsors to take English lessons in La Ceiba. Her excitement with this statement said all that needed to be said. I could immediately feel how learning a second language could provide her and Patrick with so many more opportunities.

Sponsorship's for families to gain a future. The new plan was revealed. God led me to my next family, then my third. Within 36 hours, God showed me 3 single moms, all doing their best to provide for their families. All who could benefit from learning English as a second language. One daughter who just graduated from Hotel/Hospitality tech school. Now, when she learns English her job opportunities will sky rocket due to the tourism in and around Honduras. God really is an amazing God. Just another example of leaning on His ways and trusting His plan when you don't see your own ways going as expected. Even when walking a path on mission with Him!

God revealed His next step for Fingerprints of Hope.

Introduced to hunger, her name is Melisa. 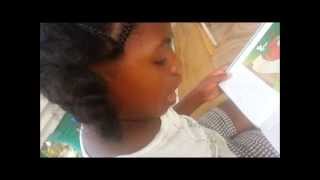 Reading the Bible the first time. 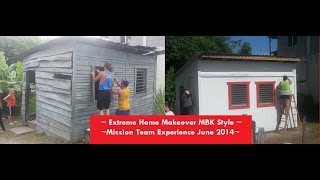 Don Silvio ~ The house that Christ built in Sambo Creek